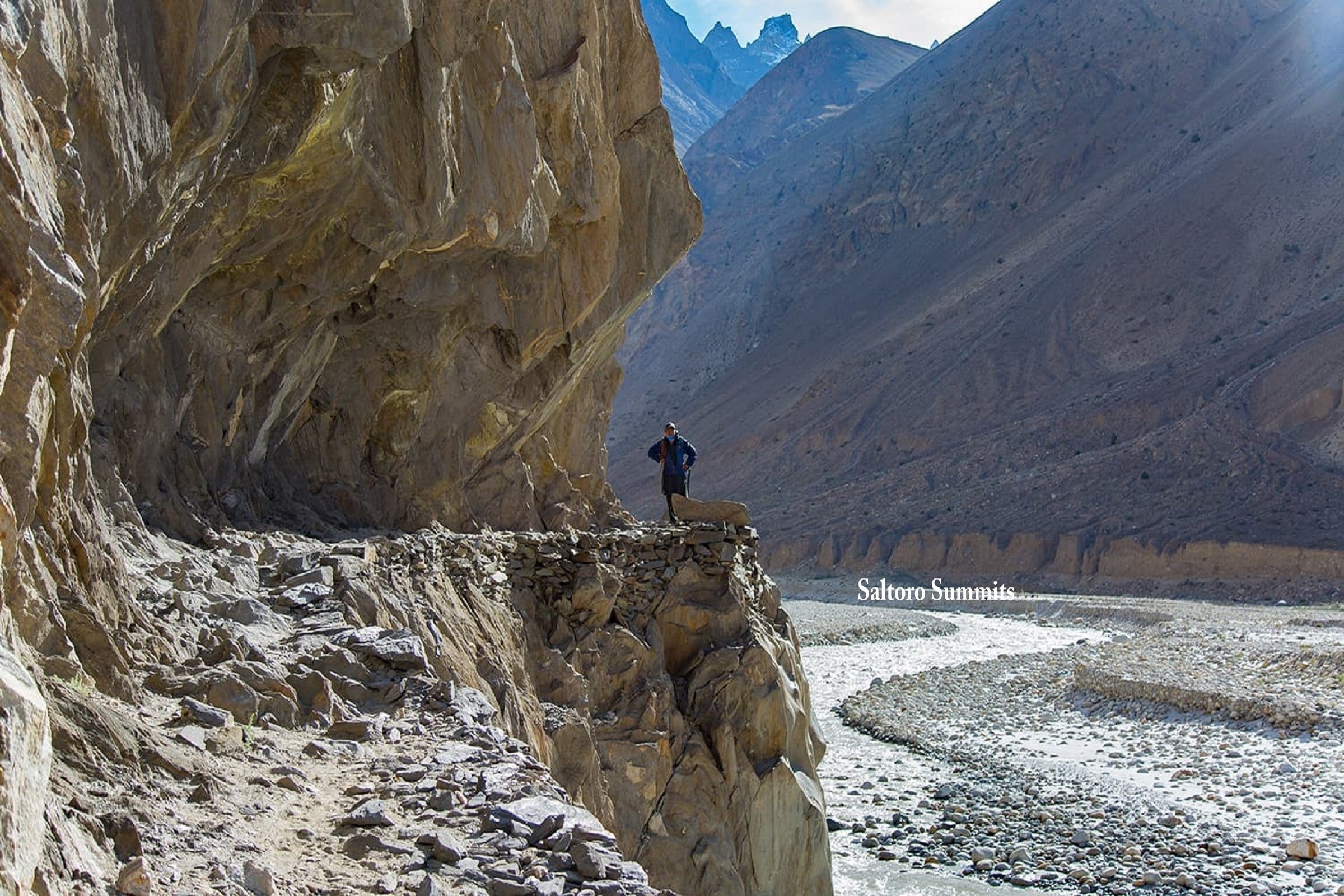 The Grand Traverse of Karakoram Mountains, a grand combination of two world’s most interesting and beautiful treks! The combination of Gondogoro La (5450m) via Baltoro Glacier Panoramic Trek goes through Snow Lake and Hisper La (5150 m). During the trek, we meet two main passes of Karakoram. From the top of Gondogoro La, it offers a breathtaking view of Masherbrum, Hidden Peak, Chogolisa, Trinity Peak, Layla Peak, and the Gondogoro Glacier. The trek starts at Hushe Valley and goes through some of the outstanding mountain views.

Trekking in the Karakoram Mountains is a wonderful experience, but trekking to Concordia is a journey of a lifetime, Galen Rowell described Concordia as the "throne room of the mountain gods". Baltoro, home of hundreds of peaks, also home four 8000 meter peaks; K2 (8611m) (Mountain of Mountains), Broad Peak (8047m), Gasherbrum-I (8068m), and Gasherbrum-II (8035m). The trek is located in the heart of the mighty Karakoram and offers a magnificent view of snow-capped mountains. We have a special reserved day at Concordia to explore the hidden beauty of these panoramic peaks. The trek is a bit difficult and is recommended for good trekkers. The journey to giant Baltoro begins at Skardu, the capital town of Baltistan.

Biafo & Hispar Glaciers have a total length of 126 km and are longest outside the Polar Regions. They meet at the 5150 meters Hispar Pass. This immense high way of ice and stones connects the antique kingdoms of Nagar in the west and Ascole (little Tibet) in the east. This route was extensively used to connect the Silk Route with the Indian Sub-continent, China, and Tibet.  Mr. H. W. Tilman an English trekker claimed in 1937 that he had seen the footprints of Yeti on the glacier. Glaciologists after conducting tests on the snow lake confirmed that the thickness of snow is one mile. Here one can observe the rare species of animals in abundances like snow Leopards, Himalayan Bears, Ibex, Markhor, and some times the Marco polo Sheep. The name Snow Lake was given by Martin Conway in 1892, who has given a dramatic account of this place in his book ‘Climbing expeditions in the Karakoram - Himalayas’. Eric Shipton in 1937 had estimated the present size of Snow Lake which is 77 sq. km. Snow Lake is situated between two Glaciers the Biafo and Hisper Glacier. It ends in Hispar, Nagar Valley further to Karimabad, the Capital of former Hunza State. 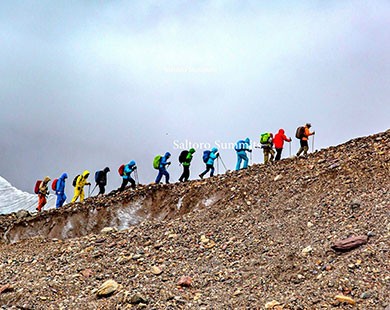 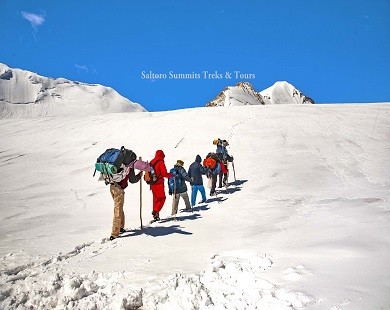 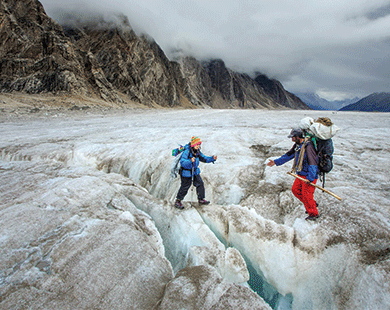